Exalted vs World of Darkness: Powered by the Apocalypse

And then there’s World of Darkness, of which I started with Werewolf, played a bit of Vampire, and quite a bit of Changeling with my now spouse. I actually read through the Werewolf books before I played in my very first TTRPG.

So needless to say that these two lines hold a special place in my heart. But unfortunately, it’s unlikely that I would seek to play them in their official forms as they stand again. While there was a time when finding creative interpretations of rules as written and crunching numbers to find optimal other numbers was an enjoyable past time for me, that is no longer the case.

These days, I play games as vehicles to tell interesting stories. And while Exalted could deliver creation-shattering tales, the rules often got in the way as much as they helped.

In contrast to this is the mindset encouraged in games running the Powered by the Apocalypse. Here, The rules are there to push the story. Every roll should lead to interesting consequences, whether they be good or bad.

And that’s why I am Super excited by this release of EXvWoD – Apocalypse Edition by Holden Shearer. So in the vein of a live-react, let’s get into it!

Basic Moves are the bread and butter of PBTA moves. Reading them helps you understand where the game is. If a game doesn’t have a basic move for “Directly engage a threat”, then going to to someone and trading punches probably isn’t something the game encourages you to do. Looks this this has a bunch of moves! Let’s see what kind of game this is.

As expected for a game that encompasses a broad range of stories, the basic moves cover a lot of ground! Still, I think it might be tight enough to be fun and tell fun stories! At the very least, it is eleventy-bajillion times tighter than Ex3! And that’s a good thing!

The Great Curse has arrived! Gain 10 limit, and you limit break. Looks like limit break may be discussed with the various type of exalt.

The source of your magic. Max 3. Gain 2 per session. That’s real tight. I wonder what sort of things you can do with it?

Anima Flare! Looks like when essence is tight, you can instead choose to flare your essence instead of spending any. Which is super useful, but comes with the drawback that you probably just attracted the attention of every beastie for miles.

Ah, Finally! Edges are a spendable resource that are specific to the character you hold them on. You can add or subtract 1 to a roll, but more interesting is that you can apply advantage or disadvantage or bypass resistances.

Nebulous narrative… stuff. Basically boils down to You do it Better or You do it, but worse.

Ooo. This is a whole new take on Stunts. Instead of a cool thing you add to every roll to get a bonus, it is a singular application of the rule of cool. Similar to Moments of Truth in Masks. Spend your stunt to have your Midnight awaken every corpose in Chicago. Chop a mountain into conveniently sized chunks. That sort of thing. With the catch that you only get one. (Or 1, plus ones you buy with XP)

Non-numerical harm, which I’ve always been a fan of. Just a caveat that for exalts, it takes 3 serious conditions in order to start worrying about dying. So just being shot isn’t enough. But Shot, drained of blood, and gashes across the chest is bad news. Cool!

Similar to Urban Shadow’s Scars system, when you would otherwise die, you can instead choose to Not die but:

I’ve always been a fan of ways to avoid death like this. And it also means you can be absolutely reckless as with your character as long as you’re willing to take one of these setbacks instead.

As expected from the exalted they heal quickly. One condition every scene without strenuous activity. Imagine someone healing their broken leg while they are having a friendly brunch. neat!

All injuries can be healed after a few days.

Once per session, you can ask the GM to convert a GM into a botch to gain 1 experience. A botch is essentially the worst possible result.

Examples off the top of my head:

Looks like backgrounds have turns into general purpose moves that any playbook can choose, which seems like a good way to take it! A lot of them do narrative things instead of mechanical things, which I approve of. Others give you a permanent condition.

So it looks like the Playbooks are the different casts of the different splats. That’s a lot of playbooks! Further, each playbook has moves derived from charms that caste favorites. There are a lot of moves! I think I’ll split those off into another post. This one’s plenty long.

The size of the threat in terms of what the players can do to affect or respond to them, and what they might do to the exalted. 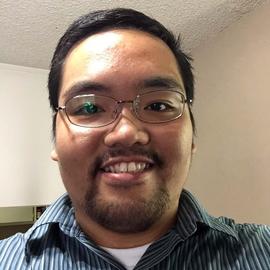 An avid TTRPG Enthusiast, Player/GM, Podcaster and podcast editor with adult-diagnosed ADHD (He/Him). Basically a Lawful Good paladin. Of Vengeance. Catch me playing on Otherwhere and Shadows of St. Fleur

Next
The Exalted
Previous
6 Monthes In